Fine-Tuning the Performance of Your Shiny Apps

R is a single threaded application which means that a Shiny application cannot serve two different users at precisely the same time. This is not an issue in most cases because most computations only take tens or hundreds of milliseconds. As a result, a single R process can usually serve 5 to 30 requests/second. However, as your applications get more complex, requiring more time to service a single request, and as more users interact with the application simultaneously, you may find that the user experience for your applications does not meet your expectations.

Shinyapps.io lets you optimize the performance of your apps with several tuning parameters. To see your current settings go to the Settings page for any application. The default settings have been chosen to address the needs of most applications.

There are several ideas that are important when considering the various tuning options that are available.

The diagram below shows how these ideas relate to each other. 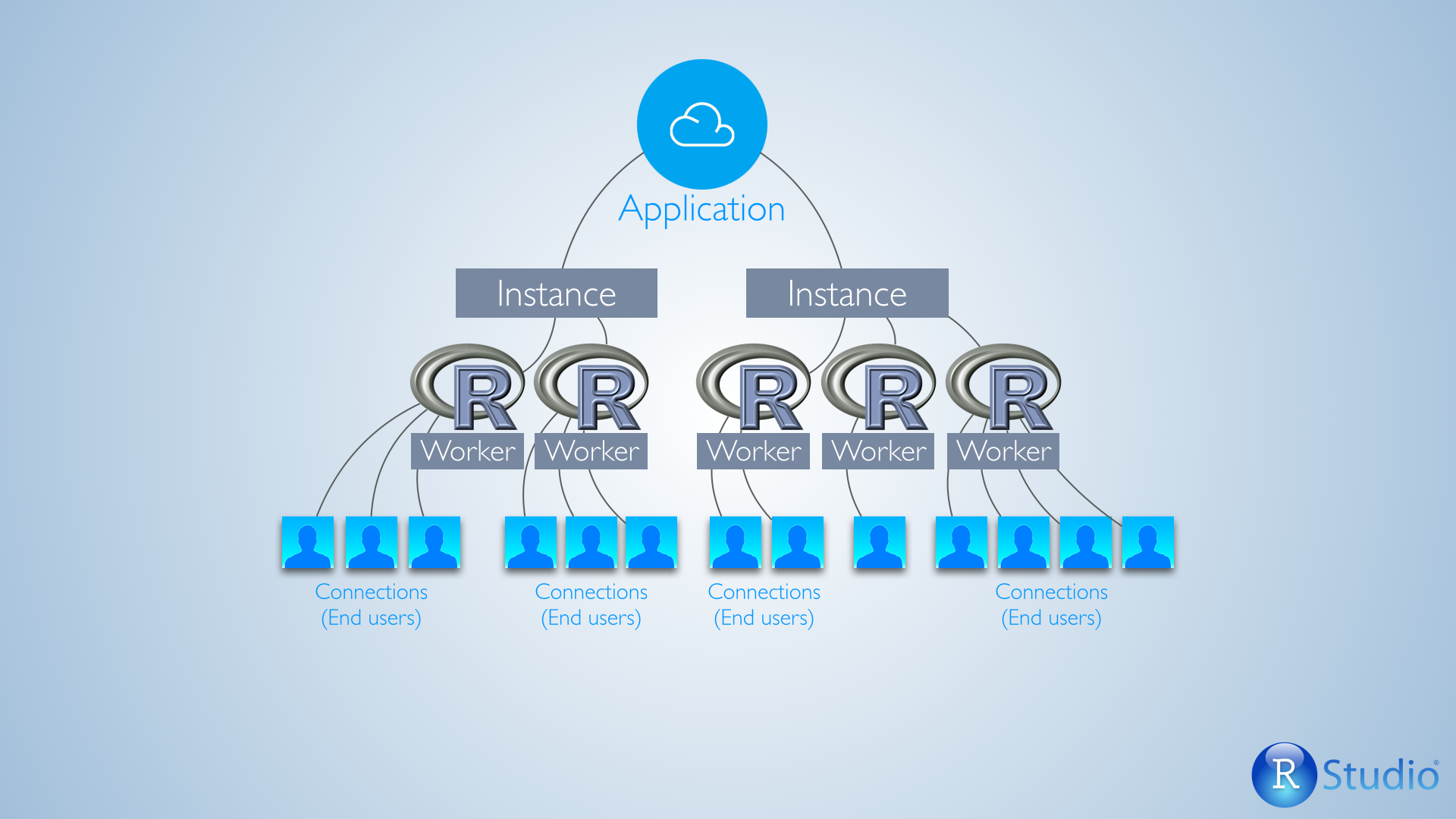 An application is a combination of files that you upload to shinyapps.io. These files must include a ui.R file and a server.R file, and can also include data files.

A running application will have at least one Application Instance. You can add additional instances if the application is hosted on a paid tier.

Each Application Instance will run one or more R Workers to fulfill user requests.

A browser connection is a connection between a user’s web browser and a worker serving your application.

The architecture described above uses two load factors to fine tune the performance of your applications.

Worker Load Factor - The threshold percentage after which a new browser connection will trigger the addition of a new worker.

Instance Load Factor - The threshold percentage after which a new connection will trigger the addition of a new Application Instance (limited to the maximum instance limit, free tier is 1)

Each load factor is based on the idea of a threshold percentage, which is the percentage of available connections or processes that are allowed to open before shinyapps.io launches another worker or Application Instance. Both settings are configurable in the Advanced tab within the Settings page for a given application.

You can also use the Settings page to change:

Each of these changes will further fine tune the performance of your application.

Lifecycle of an Application

The diagram below shows how shinyapps.io handles user requests throughout the life cycle of an application. 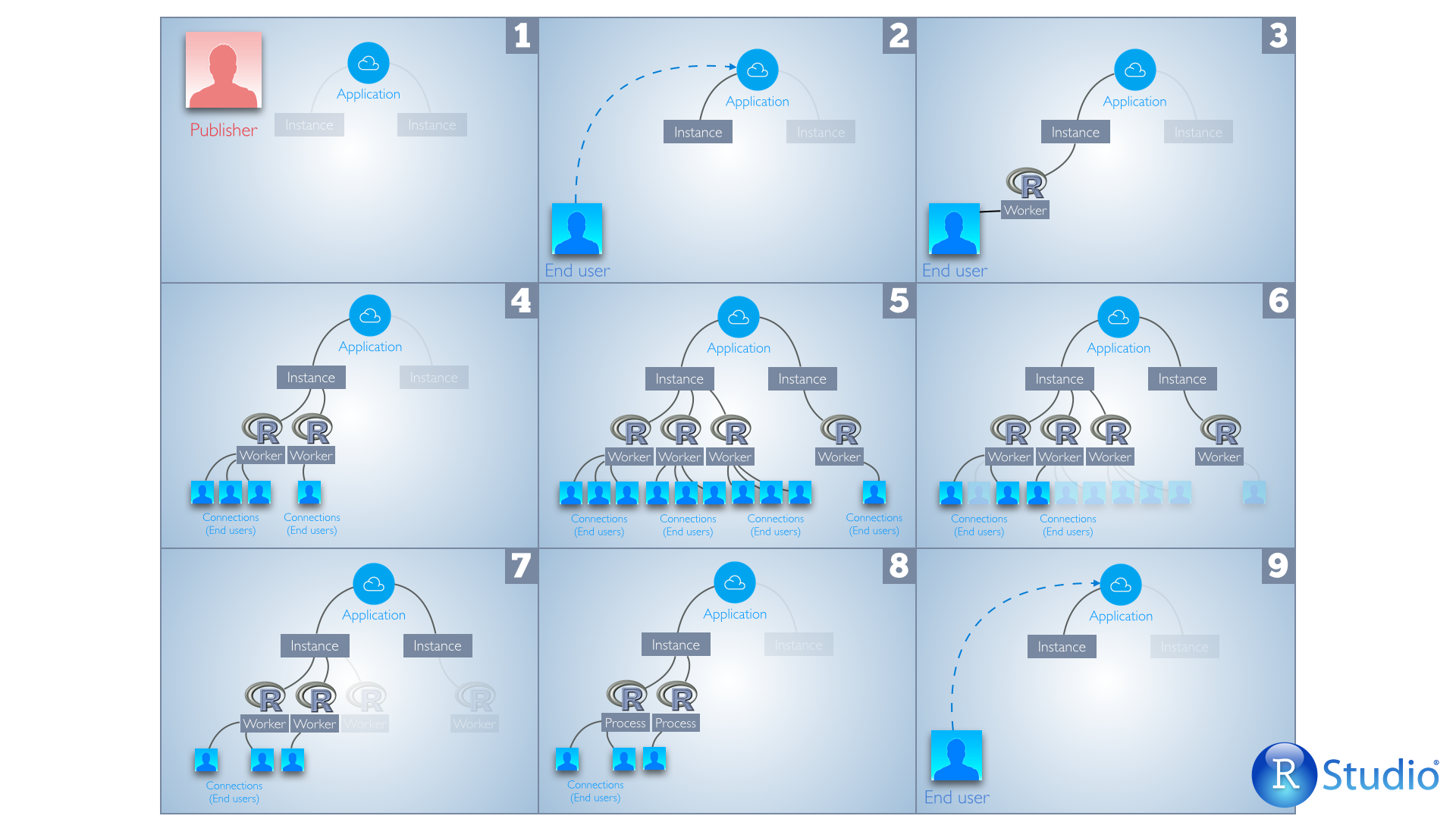 Determining when another worker would be started:

Max # of Concurrent connections per worker * Worker Load Factor 50 * 5% = 2.5 (meaning the 3rd Browser Connection would add another worker up to the Max worker processes)

Determining when another Application Instance would be started: